What I'm thankful for today

I'm thankful for Simon's hair, which is an exact replica of his Dad's. I believe this is yet another glimpse we gain into God the Father's love for us as His Word tells us we are all image bearers of Him. There is a magneticism that draws fathers to their children when they can see themselves in them. It creates an intense desire to protect and provide for this tiny image bearer.  I'm thankful God loves us more intensely than that.

I'm thankful Amy doesn't pretend that this isn't hard. The hardest part is knowing we have to give him back. What makes you hold on to every rise-and-fall of Simon's little chest is not knowing when it will stop. I'm thankful for how loving she is, and that her love for me doesn't diminish or become overshadowed in the midst of a trial.

I'm thankful for our parents, Simon and Teddy's grandparents, whose spirits have gotten sweeter - like a grape ripening on the vine - right before our eyes. They are footholds during our steep ascent, providing support and wisdom just where it is needed.

I'm thankful for the windows in our home. They have given us the most amazing natural light since we brought Simon home from the hospital. Photos show this peaceful, angelic glow that captures the air of joy that holds a presence in our home.

I'm thankful for an understanding employer and group of peers that are picking up the pieces while I spend these precious days with my family.

I'm thankful for Teddy, who wakes up in the morning and asks for "Be." He hasn't shown much jealousy since we brought Simon home. He seems genuinely interested in Simon. Teddy appears to have grown into a "big" boy almost overnight. We are certainly seeing him through different lenses, but it almost seems that he understands his role has shifted. I swallow hard now as I consider him asking for "Beebee" after Simon is gone. My mind still drifts to bike rides, water gun fights, wrestling matches and laughs that will never be carved into the memories of two brothers whose hearts currently beat under the same roof.

I'm thankful for so much more as I sit rocking Simon in my arms this early morning, but I'll leave at that in order to try to grab an extra hour off sleep. 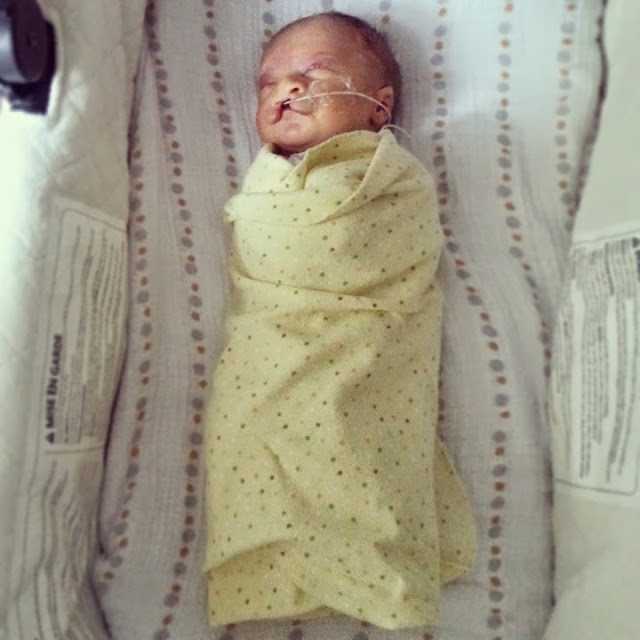