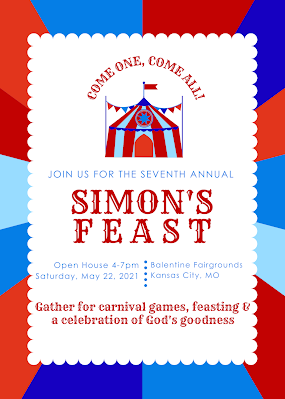 For the seventh year in a row, we are a celebrating God's goodness and favor through Simon's life and our lives.  If you happen to be in our area and Simon's life has impacted your life, please stop by our home.  Feel free to email or call Adam or me for our address.  Rain might cancel the event but we sure hope not! The verse that was on heart during Simon's pregnancy, life, after death and even now is Isaiah 55.  It reminded me my plans weren't my own, but God's.  That the Lord doesn't waste a thing and uses it all for His glory.  That our mourning will turn into joy if we allow God to shoulder the burden of our pain.  I'll share the passage below. Invitation to the Thirsty 55  “Come, all you who are thirsty,      come to the waters; and you who have no money,      come, buy and eat! Come, buy wine and milk      without money and without cost. 2  Why spend money on what is not bread,      and your labor on what does not satisfy? Listen, listen to me,
Post a Comment
Read more 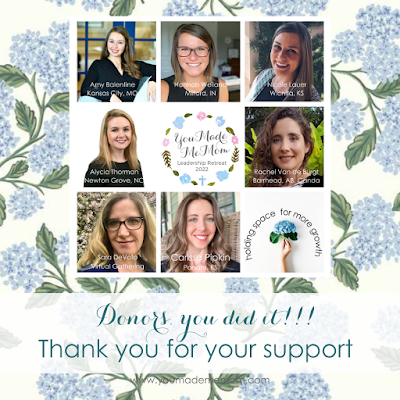 With grateful hearts, for a seventh year in a row, our donors have generously given to #simonsgiftoftime fully funding our needs for the You Made Me Mom support group raising well over our goal hitting $8,000! The $7,000 goal felt lofty and I was nervous we wouldn't hit it.  God always provides, always.   Your donations show such love and care for our family, Simon's memory and the You Made Me Mom ministry I lead.   Solomon said in Ecclesiastes 7:2: It is better to go to the house of mourning than to go to the house of feasting, for this is the end of all mankind, and the living will lay it to heart.  Sorrow is better than laughter for by sadness of face the heart is made glad.   I am a lover of a great party - wedding and event planning was my profession for a decade.  But what has truly taught me the beautiful and good parts of life is entering into a house of mourning (how backwards is this?!).  That's exactly what You Made Me Mom is.  Our leaders open our doors monthl
Post a Comment
Read more 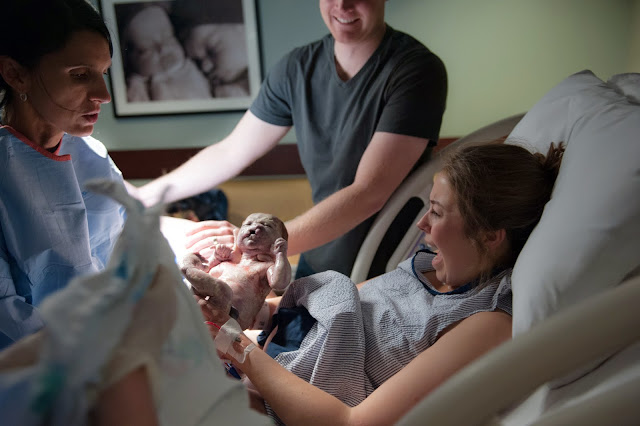 DONATE HERE Tonight we begin the seventh anniversary celebration of Simon’s life.  On May 14, 2014 at 9:55pm, we welcomed  Simon Adam Balentine into this world. Year after year, my mind travels effortlessly back to the moment Simon was born.  Simon had a diagnosis called Trisomy 13.  Because of his diagnosis, we weren’t sure if he would be alive as we decided to forgo fetal  heart moni toring during labor.  We thought if he died before/during labor, it might be hard for me to continue to labor knowing his soul had been taken to heaven already.  He was alive at birth, eyes wide open, arms and legs squirming.   My OB placed Simon on my chest and all of the prayers from the previous five months had been graciously answered in that moment.  He breathed!  I shouted praises to God thanking Him for his mercy.  It wasn't long after his birth that we finally heard his voice.  It was heavenly (this  video  shares his sweet cries). Simon lived a perfect 7 beautiful days and 22 glorious minu
Post a Comment
Read more 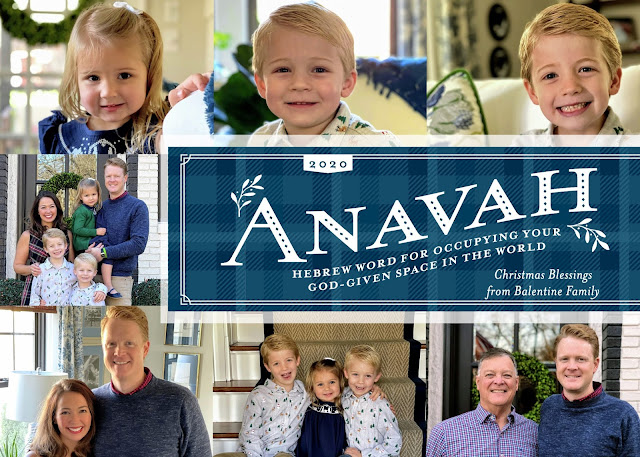 Sharing our Christmas 2020 card with you.  May you find peace this Christmas and a fresh start to 2021.  Love in Christ, Amy and Adam
Post a Comment
Read more 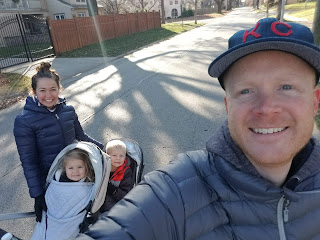 Day 7 Recovery Walk with Amy, Peter and Goldie I'm only a week post-surgery, so I'm still very much in recovery.  That said, I feel like I'm over the worst of the pain already. The procedure itself was short - only two hours.  I received a four-inch incision that goes vertically right next to my belly button.  I also have 3 smaller one-inch holes, for laparoscopy, on the left side of my belly.  For me, the worst things to deal with in recovery are the ancillary things.  Having a four-inch incision, plus three smaller holes (for laparoscopy) in my gut are the most obvious place of pain.  But the nagging ancillary issues that come from having a catheter, being intubated, dealing with drug side-effects (like constipation and nausea) and aches/pains from positioning on the surgical table are the things that frustrate the most.  It doesn't feel any different as of now to have one kidney instead of two.  I was really fatigued for the first several days, but that could be due
Post a Comment
Read more

Dad, I will be your living donor 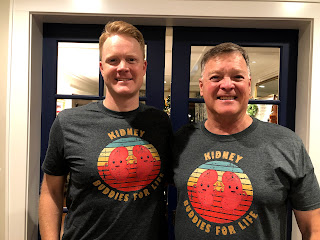 'Twas the night before the transplant #kidneybuddiesforlife Below are the words I read to my dad when I told him I was cleared to give him a kidney. I share this, vulnerably, praying that it may help someone find hope, joy or inspiration.  On the eve of surgery, I have some nerves, but I feel very loved. I'm so thankful for so many encouraging words and prayers from so many people.  I am ready. Let's go! -- Dad, It is my honor to give you the gift of new life.  Extended life.  And healthy life.  I have been cleared to give you a kidney.  Just like any gift, you have to choose to receive it.  Why am I doing this? Because I have a divine conviction that I was selected for this. Because I want you to have the opportunity to be here with us, and to not have the joy-robbing distraction of pain over the next several years Because I want you to pursue better health later in life and to be an example and an encouragement to others of what flourishing in your later years can look li
Post a Comment
Read more 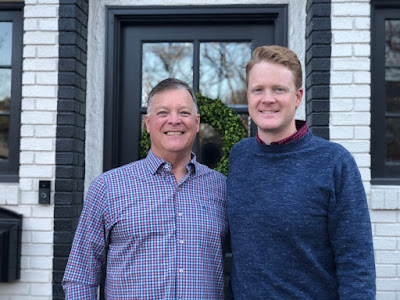 My dad, Joe, and me. House money. "Playing with house money" is a phrase used in reference to gambling or investing.  If an investor just saw huge and unexpected gains on an investment, he may feel like he can take more risk on his next deal.  He has already been given beyond what he wanted.  His future is taken care of, and he can now risk a little because he knows there will always be enough.  From this position of security, risk looks different.  When you are playing with house money you already know your ultimate destination, so taking a few scenic detours doesn't feel like a waste of time. -- "Bllekk! Why would you do that?" It was an honest reaction from someone I spoke to on the phone.  I've been sharing with various folks for the last week or so that they shouldn't expect to hear from me for a week+ because I'm taking a medical leave.  When I tell them my leave is to give a kidney to my dad - a living donor transplant - they give me a variet
Post a Comment
Read more
More posts