Searching for the missing puzzle piece 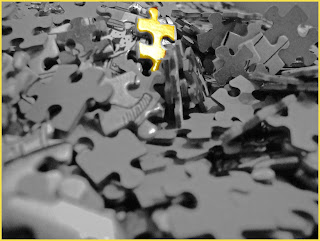 I wandered from my parents "religion" from about the age of 16 through 26.  Although I was taught the Bible had all the answers, I didn't see how God could truly understand me, or how Jesus' teaching could be relevant to where I was in life. I started binge drinking when I was 16. I had great tension in my heart as I wrestled with wanting to be accepted in a group while still hanging on to the tenants of my young faith. I desired the attention and physical interaction with girls, but I believed the best thing was for me to guard myself and run away from sex. From a young age, my heart was convicted that the Bible was true; and that Jesus is who he said was. But most of the time those truths didn't align with my personal agenda. The really scary thing is, I got great at faking it. I was excellent at saying the right things to the right people. Whatever it took for people to accept me, like me and help me feel like I belonged.
What would happen if I told my parents the truth? What if they knew about how I spoke and what I did? I assumed that they would certainly take away my freedom to participate in debauchery because it didn't align with their beliefs.  Was my faith their faith?  Did I know what I believed?  It was so much easier to be a proud faker than an honest drifter.

In my early twenties, I had completely given up on spiritual growth and instead focused on worldly gain. I succumbed to the desires of my flesh and to the routine pursuit of fleeting highs. But I gave the appearance as the obedient son, whenever it benefited me and avoided conflict.
I knew the Creator loved me but I couldn't answer why. I could justify that if he loved me so much he mustn't care if I drifted with the culture...away from him.  He made people in his image, right?  Could a culture created by his image bearers be inherently bad then? Perhaps that's something my parents don't get, I thought. They don't get the generation I'm in or the culture I face each day. Their religion is relic of times past - holding on to moral ideals that no longer pass the smell test.  Further, I assumed that people of times past must have been less self-sufficient and less culturally sensitive than we are (than I am).
In the past few years I've encountered friends and acquaintances (including people who grew up in the Holy Roman Catholic Church) who have told stories of going "church shopping."  Many times, I've heard cynical comments offered on the buildings, or the music, or the way the pastor dresses.  Other times I've heard people offer dissenting viewpoints from the churches they visit that are far more fundamental on topics like the inerrancy and authority of the Bible, sexuality, predestination and universalism.  It seems like these people's lives are a giant puzzle, and they're searching for that missing church-shaped piece.  But each church offers a piece that is shaped slightly different. Or the color patterns don't line up.  Or it fits for a while, that is, until you try to add the next piece of your puzzle to it and realize the "church" piece can't co-exist with the new one.  It doesn't change at the same rate as your life or as your culture, so you try to live without it.
I searched for the missing puzzle piece for a while. For the longest time, I thought my puzzle would look fine with the church piece missing.  I still believed in God, so that should make up for it (I thought).  Amy and I searched for the missing piece together before we were married.  Despite the fact that we were both still casually wading into the "shallow end" of our faiths, we both longed to know one another more deeply and to understand why we both thought the Bible was true.  We church hunted, and ultimately landed at a church we ended up loving.  I wasn't sure, at first, if this church fit perfectly in the puzzle that I had designed.  But before I knew it, the entire puzzle changed and started fitting around the one single piece that we had found.  My life, and understanding of church, had been redefined.
What changed?  I found myself in a community of believers that were broken, corrupt and sinful, just like me.  They were authentic.  They were loving.  They were in desperate need of grace.  They didn't claim to have all the answers about God, Heaven or the Bible, but they didn't shy away from tough questions either.  Most important to me, they believed Jesus was the son of the one true God and that he was born of a virgin, died the death we deserved, rose from the dead and ascended into Heaven; and they believed the Bible was without error.  What I realized was that the "church" puzzle piece didn't fit because the rest of my puzzle was designed and created by me.  If church was going to fit in my life, it had to share MY beliefs, MY worldview, and MY culture all at MY pace.  That church, The First Church of Me, was nowhere to be found.  Once I found a church that had Jesus as its cornerstone, and the Bible as it's answer for everything, I realized my search was over.  The rest just didn't matter.  My ego, my narcissistic ways, and my desire to please the one I loved the most (me) were shattered.  And that last missing piece I was looking for actually became my first piece, my foundation - the puzzle piece that shapes and connects everything else in my life.