Royals vs. Giants - who will I root for? It’s Royals vs. Giants in the World Series!  I never would have thought this was possible.  In fact, I've told several people in the past who have caught me wearing my Giants hat in KC that, "It's OK.  I'll never really have to choose!"  This August, the Giants came to KC to take on the Royals and Amy and I actually wore Giants gear to the K, despite much debate with Amy over whether we should do so.  Doing this was more of a nostalgic move – paying homage to 6 years living in San Francisco, rooting for the Giants and attendance at multiple games at AT&T Park.  Even though I was in my black and orange during the game back in in August, I was rooting for the Royals.  It had to be a bit confusing for anyone paying attention that I would stand up and cheer for KC when they would get a hit.  “Does this guy understand how this game works?”

One of the best games we ever attended at AT&T Park in SF was game 1 of the World Series in 2010 when the Giants and Tim Lincecum took on the Rangers and Cliff Lee.  I’d never been to a baseball game that was so electric, so loud.  In fact, until I became a fairly regular attendee at Giants games I never knew what a full-house home crowd at an MLB stadium felt like.  The only sold-out crowds I had ever been a part of at Kauffman were when the Cardinals or Yankees were in town and 1/3 to 1/2 of the stadium was in the opposing team’s colors.

My parents actually bought us tickets to game 1 of the 2010 World Series in San Francisco.  I was pumped and shocked that they would gift us with something so cool (and so expensive).  When I talked to my dad about it on the phone he said, “I had the opportunity to go in 1985 and I turned it down.  That might have been my last opportunity to go to a World Series in my hometown.  I don’t want you to miss that opportunity too.”  The Giants were my new hometown team, and I was invested in their success. After watching 3 losing Giants seasons in ’06, ’07 and ’08 I felt comfortable with their losing ways.  I remember thinking, “This is just like the Royals!  Everyone wants to fire the manager (Bruce Bochy, now a 2-time World Series winning coach) and all they talk about is who’s up-and-coming in the farm system!”  The ’06 and ’07 years were the tail end of the Barry Bonds era.  I remember getting goose bumps when sitting in seats right behind home plate and Bonds would approach home plate while “The Next Episode” was bumping in the speakers.  Bonds was both hated and loved in SF, but absolutely feared by opposing teams.  I remember feeling semi-proud to have been at several games in 2007 when he broke the home run record.  I was only semi-proud because I hadn’t felt like it was OK to root for a team that wasn’t based in KC just yet.  I then felt a little sad for Bonds, despite his notorious arrogance and obvious-sythetically inflated strength, that the Giants recognized him with a “756 plaque” in right field that seemed too small and too insignificant for such a feat.  Something I could get fully on board with from the beginning with Giants fans was a disdain for the Los Angeles Dodgers.  I want SF to "beat LA" in everything.

The Giants turned a corner in ’09, and then ’10 was an awesome season that introduced me to the torture of games with final scores of 2-1 or 1-0 felt like.  Bunt, get a few key hits, solid pitching and error-free defense – this was the Giants game plan in 2010.  Sound familiar 2014 Royals? In 2010, we Giants fans held on to the edge of our seats and prayed while our ridiculously bearded and beloved Brian Wilson sought to put away the close games.  All of them were close, but we believed. And they delivered. 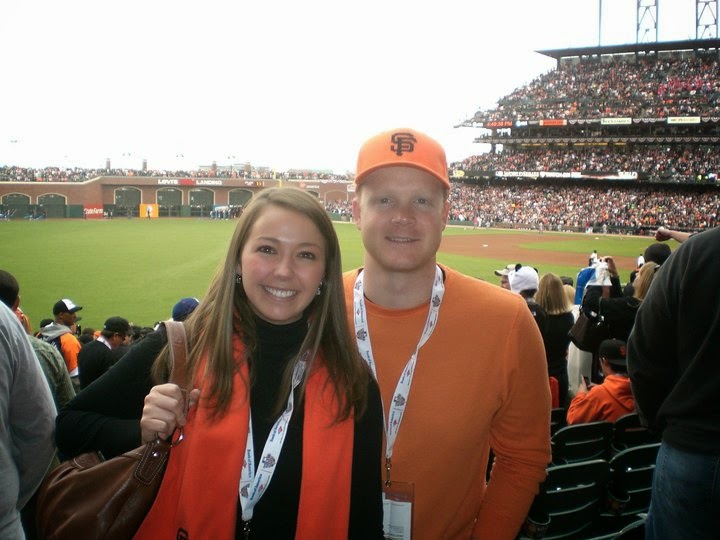 The Giants have become a powerhouse since 2009.  They won another World Series 2012, and seem to have a core group of studs that stick around each year like Posey, Panda, Timmy and Belt.  They reload with key role players that have a knack for stepping up when it matters most (Cody Ross, Sergio Romo and Hunter Pence and so on).

These are the names and the stories of my youth with the Royals.  There are more, but these are the ones jump out.  So many years began with the promise of the team turning it around.  I remember going to several Opening Day games as a kid with my dad and thinking, “This is the team!  We’ll make a run for the pennant this year!”  Most years, the optimism that a new season brings was quickly crushed by some momentum-sucking losing streaks  So many hours of my youth were spent watching the Royals, listening to Denny Matthews on the radio, and going to games at the K with my family.  That’s the reason why my budding allegiance to the Giants made me feel so bad in 2007, so bad that the first Giants hat I bought was greenish-grey (so as to not fully commit to full-colored fandom).  And that’s why I’ll be rooting for the Royals, no question, when they take on the Giants in the World Series starting on October 21st.

As odd as it sounds, I know it is totally true that the Giants actually instilled my faith back in the Royals.  When we moved to Kansas City in 2012 (and the Giants were on pace to win their second World Series in 3 years), I began to hear echoes of the typical optimism surrounding the Royals.  “No, this team is different.  There’s a great core of young guys with Hosmer, Moustakas, Perez and Gordon.  If we have solid pitching, we’ll compete.” Right.  Here we go again.  We joined some friends for one of the early season games in April 2012, but left the game joking about how this team of “anointed” winners was in the middle of a 12 game losing streak just 17 games into the season.  But the Royals fans’ optimism actually was different in 2012 than it was in the 90s and early 2000s. I started to buy into it a little as well as I had just heard a very similar story with the Giants starting in 2008, and then they actually delivered two years later in 2010 with a World Championship.  Because of the Giants, I believed it was possible to build a team around speed, pitching and defense and win it all.

And now, 2 years after I first re-discovered this hope for the Royals they have made it all the way to the World Series.  Albeit, they’re up against the only other baseball team I care about.  But there is no chance I’ll be donning the black and orange for the next few weeks.  There is no way I will be anything but a Royals fan for the rest of this season.  I want nothing more than a Royals victory for my dad, for Kansas City and for all the fans that could have their hope redeemed for the first time in 29 years.